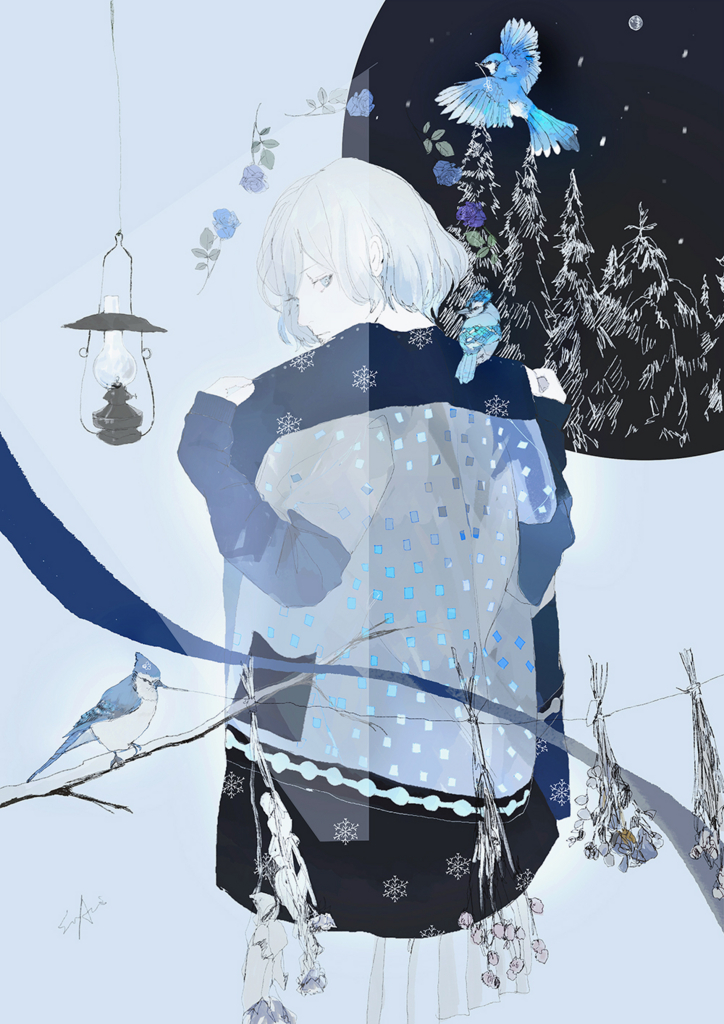 With so many inferences that we are given about the world, often times, we forget who we are. Like the sea, it becomes mysterious, endless, questionable. I looked out towards the cold winter sea, my heart, almost as if it were anticipating something, became draped in disappointment. I was old now, I could no longer run out to the sea the way I had in my youth, and I wasn't about to do so in the cold. As I stared out into this cold, endless sea, which looked as if it were purposefully keeping warmth away from it's heart, a cold abrasive, yet, inviting touch, I began to reflect upon my life, something grand, something wonderful overwhelms me as I stare out into the never ending sea. Youth, such things I thought about, was definitely, a lot like...the once blue sea...

Many years ago, the sun shone bright, and the clouds, smiled. I ran with him, hand in hand, thinking not of consequences, but catching the future that slipped into my hands, with every passing second. Cheerful souls, were invited by the sea, welcomed by the sun, comforted by the breeze pushing the people in to embrace the water's inviting touch. With him by my side, it was as if the sea gave it's blessings, we we're meant to be so very, very happy. Some believed the water was an essence for materialism, some believed becoming one with such an amazing being, was all the world needed, but me and him, we only needed to know that such thing as the sea, was going to be there. It was going to be there, watching, walking, embracing all those who allow themselves to be kind to the sea. With him by my side, it was as if nothing else existed, just... me, him, and the everlasting sea.

Years went by since that fleeting moment, time and technology, had grown. In such a growing time, the sea had noticeably, changed heart. People began to invade, the sea's privacy, it's hidden secrets which are meant for them, and only them. We, our people, had invaded such a pure heart, known as the sea. Eventually, the sea had a growing rage, it was no longer happy, but sad, confused, angry. But still, we, our people, did not realize it. We, our people, continued... treading the seas, poking at the dear seas' painful wounds, opening them, deepening them, hurting their precious treasures. We, our people, hurt the pure and kind soul.

We, our people, did not realize. The sea, grew angry, was discontent, so one day, the sea, decided:

"I will make them understand, I am hurt, ruined, invaded!"

and so, the sea asked the sky, the sun, and even begged those of the clouds to stop providing for the sea. The sea wanted to be alone, left alone, a single entity. So, the sun, the sky, and even the ever so stubborn clouds, heard the seas' painful cry and plea....

One day, the sky, turned gray, and with the grayness came no motion, just, a stiff color.

But, we, our people, did not notice, they believed, it was the work of the clouds, covering up their ever so dear sky...

One day, the coulds, went awry, they swirled and they twirled, but to where? It became, a stiffened stubstance above we, the people.

But, we, our people, did not notice, they believed, it was the work of the sun, the bright bastard was up to something, bothering our dear clouds...

One day, the sun, turned dimmed their lights, the world, shivered.

So then, we, our people, worried. What happened, to our sun, our clouds, our lovely sky?

So there, the people wondered, and wondered, the sea, was finally alone, stiffened, frightening.

He, whom I once held my hand happily with, became afraid, and like the weary, he left.

Leave? How so? There was a place far away from their planet, with a shining sun, a clear sky, and many happy clouds. The afraid left, ran, rejected, the world they had lived in, and left.

However, as if my heart were anticipating something...I stayed...

Years had gone by, my world quickly grew cold, many, quickly grew tired, unsightly, unhealthy. Until, every last one was gone.

But...the world left me as a remain...why? must I go through such pain... alone?

Now, I walk towards the sea, old and frail, no joy in seeing such a soul as the sea.

I fell, towards the edge of the sea, and cried, I wept, I screamed the remaining emotions living within me at the ever vengeful sea. My tears, becoming one with the sea, as if all my prayers and thoughts for the sea, had reached them with my tears...

Why am I alone?

Why are you unhappy?

Why am I the only one left??

Only then, did the sea realize, that there was still a soul, a pure soul, begging them for forgiveness, for an answer... an answer that the sea, could no longer give to the poor, frail, old woman crying and weeping at their footsteps. As she cried, the sun had brightened the lights to see who was weeping at the lonely sea. As she cried, the clouds, had formed to see the woman who was crying just as they had so long ago. As she cried, the sky, turned a sour color, wondering where such emotions arose from. The sea, watching the woman cry at their footsteps, wondered why, why such a woman, would want to cry towards the cold, brazen sea.

The woman's tears spoke to the sea, "I want to be happy...I don't want to be alone anymore..."

With such overwhelming, long emotions that the sea had felt from this woman, such a heartbreaking emotion that consumed the sea as a whole, as soon, the clouds began to cry with the woman.

She deserves to be happy

The sky wimpers to the sound the clouds make, the sea, realizing what they've done.

The sun, watching over them, the breeze blowing heavily at her tears to blow them away.

The sea, realizing what they've put her through. Realized that she, the woman herself, was becoming frail, weak.

As the woman wept the last of her tears, she no longer moved, it was stiff, just like the sea had once been.

The sea, at a loss for emotions, grieved for the woman, the woman who wished to be just as happy as the sea had once been. The sea, which was loved so much by one. Which was probably loved even more by many.

The sea, cleaning itself up, promised itself one thing, something we may never know.

But the sun, warmed the seas' heart from coldness, the clouds passed by to wipe up the seas' tears, and the sky, turning blue, for which it is most peaceful for them all to be content and happy with one another.

With the sea being comforted, the sea gave it's warm embrace to the woman, who had warmed the seas' heart, more than the sun ever had, and had forever since then, shone a deep blue, for the sorrowful souls which they didn't forgive, and for the woman, who when crying at their footsteps, wore sweaters, draped in blue.

How would we know such a thing you ask???

Because everyone knows that the heart of the sea is a beautiful blue, and that the waves is a delicate length of locks...representing the woman who saved the blue sea.