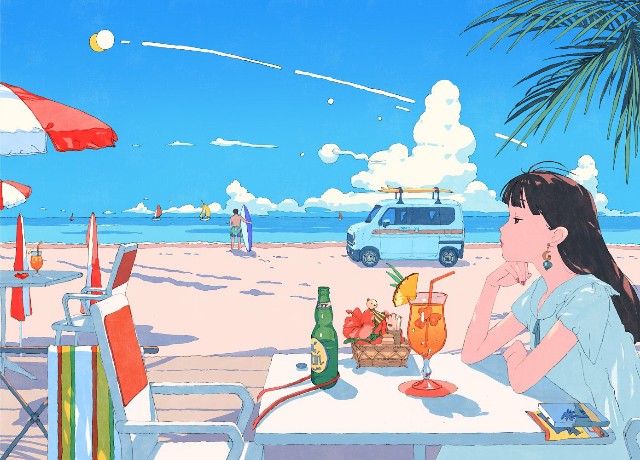 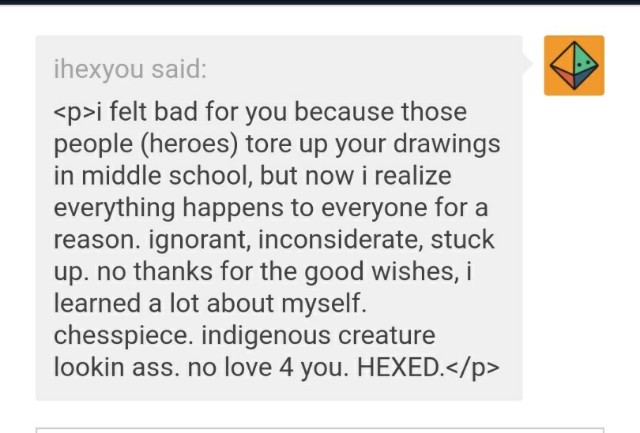 I always make sure to not bother my friends about this issue, but it eats me apart like a disease. Everyday I think;

"What if I go to work and him or his girlfriend are mad enough at me, to take out that anger at me when I'm at work?"

I hate this, I hate the ability I have to not stop worrying, I hate the ability to not figure out who is really on his side until the end. I hate his friends, who I've naively told that I hate him before, and that they reasoned back with me that he was just trying to be "romantic', that I'm the one who is too harsh on him. I'm the one who is just not getting over things.

You don't think I've tried countless times to get over the irrational fear that someone I love will be harassed by him?

That I've tried to ignore it for at least 4 years while he still leaves "encouraging" messages in my dead cbox accounts, every single month, until I found out this March?

That I've tried to ask him to stop, but all I get in return is a message from him, my harasser, saying that I'm ungrateful towards his "good wishes" that he threw upon me?

That I haven't tried blocking him on every social media I have, just to find out he's already made 8 new side accounts, that I'm still unaware of?

You think I wanted to know that he was still doing all these things to harass me all while having a girlfriend and isn't even focusing his 100% towards her while leaving weird messages about me on his tumblr up until quarantine started?

I hate confronting and telling the world that I'm being harassed, I hate the idea of this problem being a public matter. I hate the idea of his friends leaking my problems to him and him taking advantage of that. I've done all I possibly could and he won't stop, and people are still ignorant enough to let him be.

All these years, I've been so deeply traumatized by this feedback, I am scared to annoy my friends with more news of him, I'm scared to end up in a class with him in college and having to explain to my professor why I may have to drop without even giving it my all. I'm scared more of his girlfriends will secretly find my social media to keep tabs on me, I'm scared he will one day take action, since he knows where I live, work, and go to school.

Yet he's telling me I'm the one that's doing too much??? I'M the one overreacting after not bringing it up with my friends of my daily fears. I'm the one overreacting for protecting my loved ones by not telling them this situation so they have one less thing to worry about? I'm the creature for getting upset that he's left messages for this long, completely unwarranted, on an account I haven't used since 2018, and that I'm ungrateful for bringing it up and getting him in trouble for it??

He's so lucky that he gets away with everything, while I'm literally haunted by the mere fact that he's alive and isn't done leaving me alone. He's so lucky he gets to move on to other people, while I'm stuck here considering living the rest of my life alone, after having him mentally damage me to the point of erratic fear of the mere thought of liking someone back let alone getting into a relationship with another person.

I don't want to worry my friends, my family, my peers of this man anymore. I want to move on with my life and go a whole year without the fear of him being in my vicinity being a thought drilled into my head. I just want to live a life without his name or presence in it. But I'm apparently overreacting and asking for too much.